It should come as no surprise that Addyson Lynn is a social advocate at age 9 – after all, she was a self-proclaimed vegetarian at 2. The eldest of three speaks with the eloquence and confidence of a child accustomed to younger siblings looking up to her.

Her family recently adopted her 2-year-old brother from foster care, an experience that fueled her interest in advocating for kids in the system.

“I think everyone should have someone to care for them,” she said. “Some foster children have to sleep in hotels if they don’t have homes for them to go to. That’s unfair because they didn’t do anything wrong.” 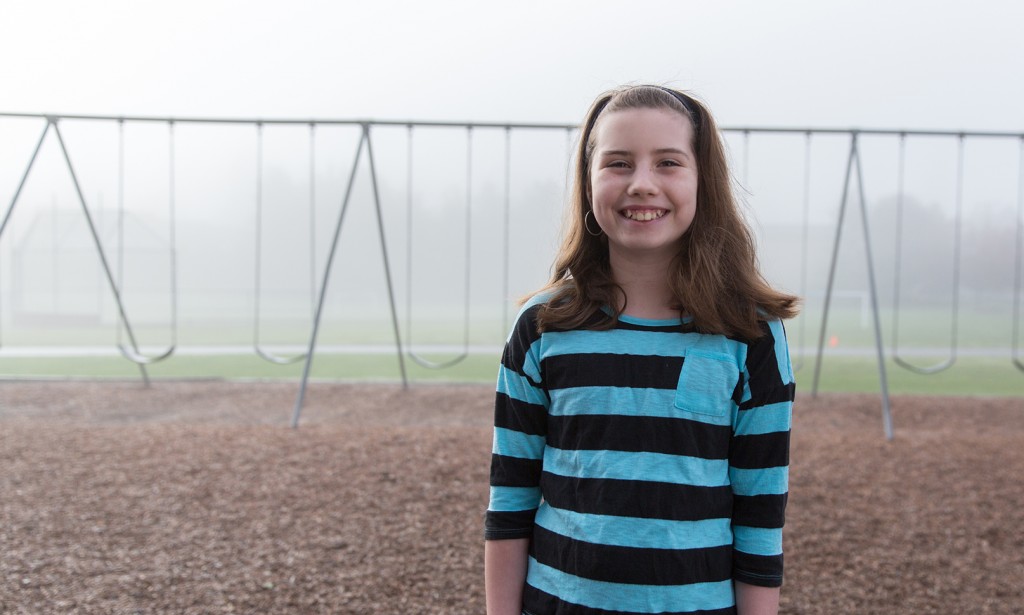 As a fourth-grader at Hazeldale Elementary School in Beaverton, she knows that some children around the world don’t have access to great schooling, and she wants to change that. “I think that you can be anything you want to be, but if children don’t get the right education and don’t learn a lot, then they won’t be able to be what they want to be.”

Addyson’s teachers challenge her to ground her dreams in action. She writes essays in class, not just about what she wants to change in the world but also the steps she would take to achieve that change. She outlines fundraising, letter-writing, speech-giving, protesting and foster-parenting in her future.

She is learning about others who have made a difference in the world and identifying her role models. Mother Teresa and Rosa Parks are two of her biggest heroes.

“I like to learn about how some people can make big differences,” Addyson said. “They made big changes in the world for what they didn’t think was right. I like learning about those people so that someday maybe I can be like them.”

But she also sees heroism in people who act in smaller ways.

“Sometimes, people who do big stuff are the heroes. But me and my little family, we did a fundraiser and got a lot of money and gave presents to children in foster care who need love,” she said. “I think anyone can stand up for anything that they want to.”