A Place to Escape the Pain

Carissa Oliver is no stranger to cancer. It has gripped the two people she loves most in the world: her father and mother. Her dad was diagnosed with stage IV cancer when Carissa was 8 years old. He survived, but cancer did not leave the family alone. When Carissa was in eighth grade, her mother developed breast cancer. It spread to her lymph nodes, liver and brain.

Carissa remembers getting the phone call from the hospital telling her that her mother had passed away. She remembers being the one to tell her father.

Carissa was a freshman at Siuslaw High in Florence, and in the months that followed her mother’s death, school became her refuge. There she could focus on track, spend time with her friends and dive into her studies, taking her mind off her pain. 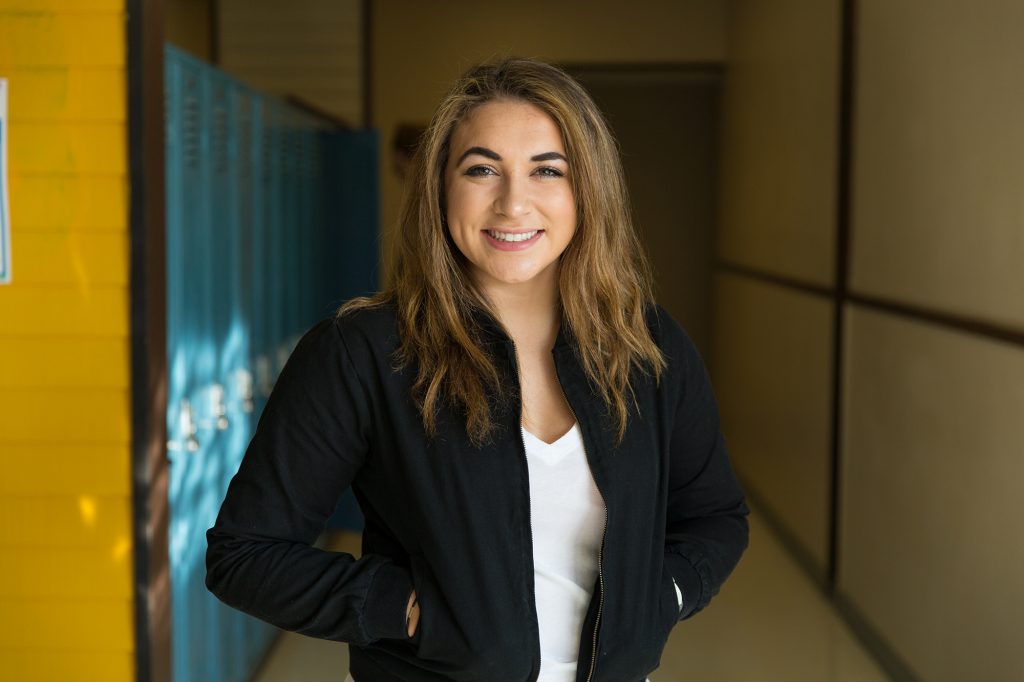 “School was always really important to my mom, so focusing myself there was my coping mechanism,” Carissa said.

Carissa is a senior now, but she still has a long academic road ahead. She plans to follow in her father’s footsteps by becoming a dentist. The next 10 years are mapped out: Colorado State University, followed by dental school, and then two more years to specialize in endodontics.

One of Carissa’s last memories of her mother is sharing her latest report card: a 4.0 GPA. Her mother took great pride in her daughter’s academic accomplishments, and this motivates Carissa to continue to excel.

“My mom taught me a lot in such a short period,” Carissa said, wiping the back of her fist against wet cheeks. “Hardships are inevitable. I feel like I understand that now. But I also know that there will be a way through them and there’s always something to look forward to.”