Better Future Comes at a Cost

Dat Nguyen’s early years in Vietnam were spent in affluence. Money was never an issue. But his parents concluded that their two children would struggle to find success there. So they decided to move the family to the United States three years ago, when Dat was 13.

There was nothing easy about immigrating. The language was unfamiliar, as were the food and culture. The financial comfort and familiarity of home were gone. Work proved elusive, his parents found. Dat navigated a new school and language, learning fast. He had to.

His parents worked various jobs at first. Dat was too young to get a job, but he learned English faster than his parents and used it to help his family. 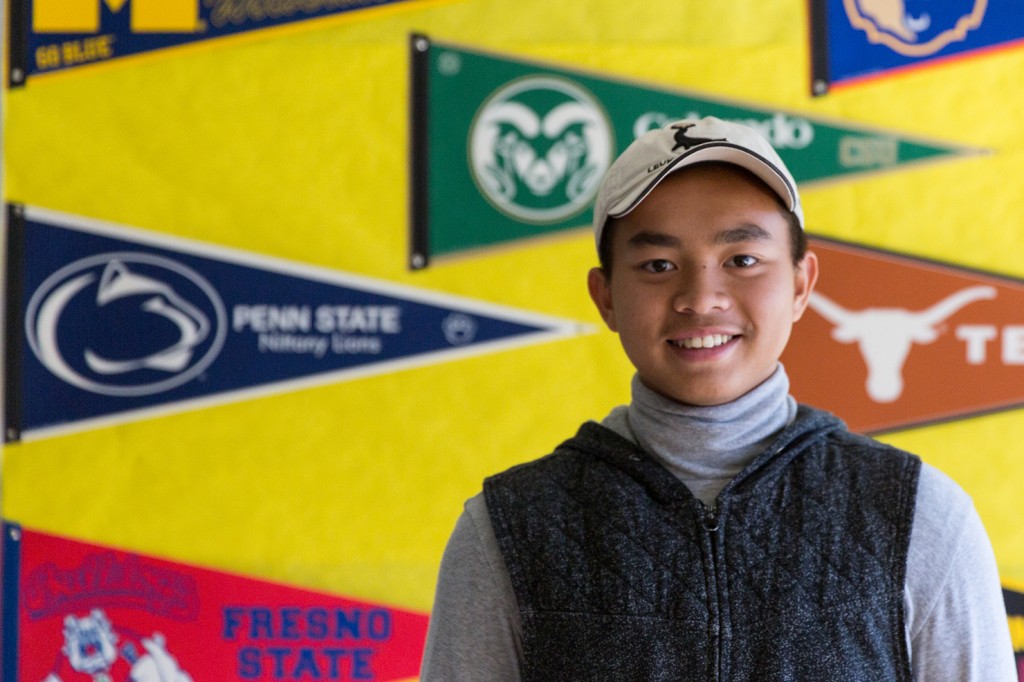 “Here, we are a low-income family,” Dat said. “I had to help my family earn money, help my father find a job, and help find my family food and shelter. The experience helped me grow up because I had to accept some of the responsibilities of my father because he still does not speak English.”

The responsibility Dat shouldered from a young age affirms his belief that education is the surest way to success in America. Acquiring fluency in English is his biggest priority, but attending Portland’s Franklin High School gives Dat an advantage in adapting to the language barriers he has faced. Franklin has a highly diverse student body, with 50 percent historically disadvantaged enrollment and 27 different languages spoken. Dat, a junior, believes learning at a school where many peers are navigating similar language barriers motivates him to learn.

“At my school, I’m not feeling alone,” Dat says. “I’m not scared because I have my friends. Some of them immigrated from Vietnam and some were born here. Sometimes we speak Vietnamese, but mostly we speak English because then we can improve.”

Preserving Vietnamese culture and language is also important to Dat. He volunteers to help teach the youngest generation of Vietnamese – children born here and growing up speaking English – the native language of their parents.

“The most important language in the world is English,” he says. “But I told my students that you are better off in America if you speak more than one language.”

Dat watched his parents struggle for work, limited by language and education. He knows that academic success, first at Franklin High and later in college, is his clearest path to choosing what he does for a living. He hopes to one day be a physical trainer or a P.E. teacher after he earns his college degree. For Dat, education is the difference between pursuing a job and pursuing a passion.