Inspired by Memory of Sister

“She was my best friend. Ever since I was little, I could go to her about anything. A few days after my ninth birthday, I answered a call from the EMT. They said my sister was in a car crash.”

Elizabeth Jenkins sits on blue bedding in her dorm room at Crane Union High School, one of the few publically funded boarding schools in Oregon. By area – 10,000 square miles – the district is the largest in the state. But population is so sparse, the high school has just 63 students.

Elizabeth pulls a pile of photos from her desk and gently flips through them. In one, Elizabeth and Alycia, matching in everything but age, share a tire swing. In another, a mud-covered teenage girl, rope clenched between her teeth, ties the hooves of a goat at a rodeo. In still another, Alycia holds a kitten to her chest.

“She’s about 16 there,” Elizabeth says. “This one is pretty close to the wreck.” 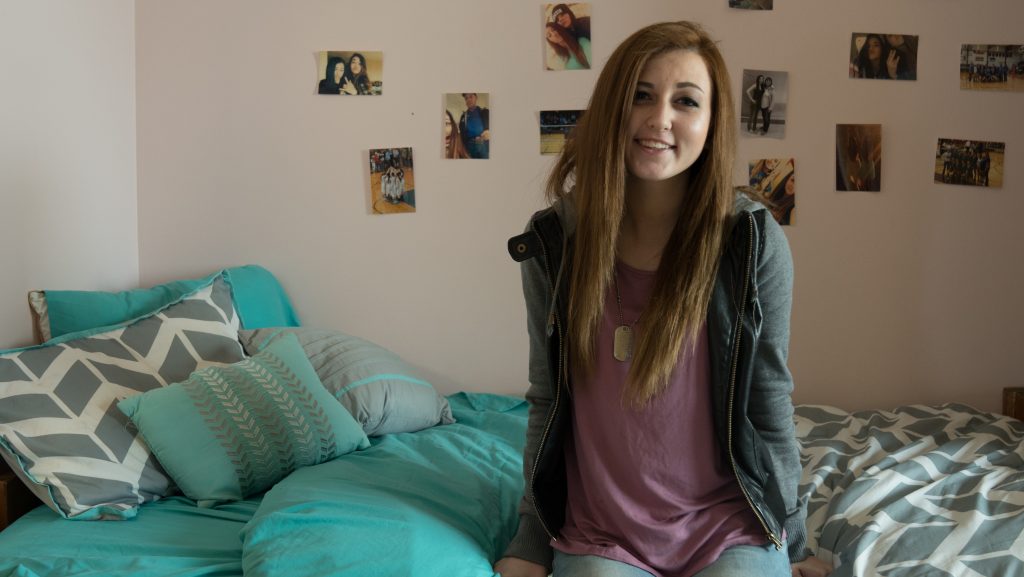 Alycia suffered a traumatic brain injury in the crash and spent nearly a year in hospitals. Her family rarely left her side. Then, just after the anniversary of the accident, she contracted pneumonia and died.

“I always had hope. I kept thinking she would fight,” Elizabeth says. “It felt so empty to lose my best friend.”

“It inspired me to see how the nurses cared for my sister – how they put their full hearts into each patient,” she says.

Elizabeth, who is almost the same age as her sister at the time of the crash, wants to attend Boise State University or Eastern Oregon University to study nursing. The small class sizes and one-on-one access to teachers at Crane Union are helping her achieve her goals, step by step. She is a sophomore, with a 4.0 GPA.

“I want to be a pediatric nurse,” she says. “I’ve been there and seen it. I want to help people through the experiences like I’ve had.”