Sky-high Dreams Begin on the Ground

It’s a perfect snow ski morning. The skies are blue and cloudless. It’s windy near the top of the slopes but calm down below. George Chladek is in the ski patrol lodge at the base of the Hoodoo Butte, taking a lunch break from ski team practice.

“It’s a high-pressure system today, because there are no clouds and it’s really windy high up above and low pressure down below, causing the wind to come up,” he says, glancing out the window. “So it would be really hard to fly today.”

George, a freshman, is studying weather patterns in his flight science class at Sisters High School. He dreams of becoming a bush or commercial pilot one day, so he’s excited to learn the basic principles. 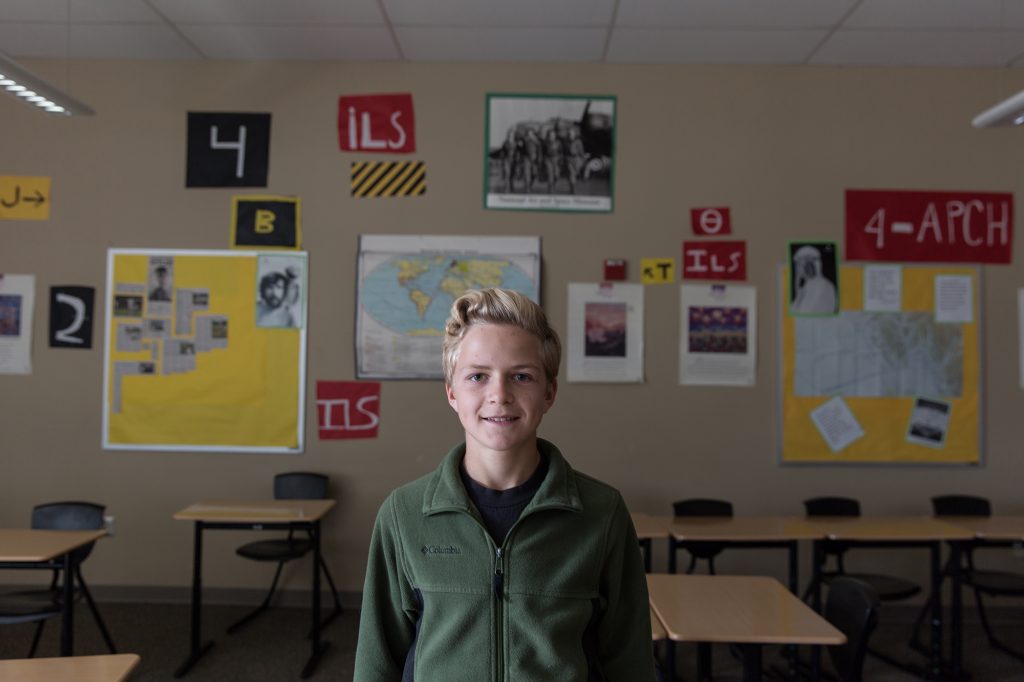 “You have to have good focus and a good memory to be a pilot,” he says. “ You have to be able to focus on the different things at once.”

George first helped pilot a plane two years ago, when a neighbor took him flying. George sat in the cockpit and marveled at the controls, but nothing compared to being airborne.

“When I’m in the air, it feels energizing,” he says. “I like the feeling of being up in the air really high and being in control and looking down at the ground.”

Happily for George, the Sisters School District flight science program for high-schoolers enables them to train with certified flight instructors, with the ultimate goal of obtaining a pilot’s license.

It’s thrilling for George. The class is hands-on learning. It stimulates his mind. And it puts him steps ahead in achieving his high-altitude career plans.