Learning a lot more than baseball

Mike Felkins knew his grandson needed an activity. Michael, then 6, was bursting with energy but had nowhere to direct it.

“Let’s try baseball,” he suggested. He led Michael to the backyard and handed him a mitt. Michael put it on backward.

The boy had never played catch. Mike, in a second round of fatherhood, would teach him that and more.

Michael, now 9 years old, and Andre, his 11-year-old brother, moved in with their grandfather three years ago after Mike became concerned about their parents’ ability to raise the boys. 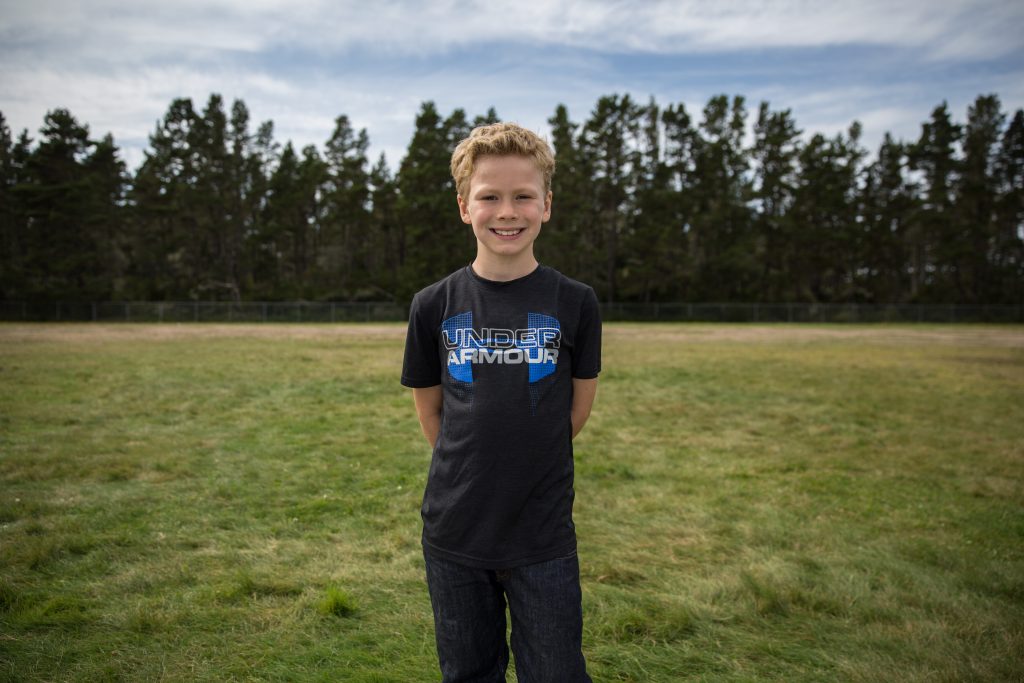 The first year was a challenge. There were emotions to work through, a healing process to navigate. Having lived with few rules and little guidance, the kids were now answering to a grandfather who filled their plates with vegetables and their routines with homework time.

Although Mike is raising the boys mostly by himself, he’s not raising them alone. Family members pitch in to help care for the boys. Neighbors take the boys hiking or fishing. Siuslaw Elementary Principal Michael Harklerode has two sons who are friends with Michael and Andre and takes the boys to football games.

Inside their house in Florence, the kitchen table is scattered with homework. The laundry room has been converted to a bedroom, and a football sits on the washing machine. Michael watches his grandfather speak, wide-eyed and careful to absorb every word. He chimes in with memories of the three years they have lived together. Every sentence ends with a simple need to be affirmed by the man who has become a steady, fatherly presence in his life.

“We’re learning to make pizza and boiled eggs. Isn’t that right, Grandpa? … One time, Wizzy ate a bunch of cords in the house. Remember, Grandpa? … He calls us his monkeys. Right, Grandpa?”

At school, Harklerode pops into the office to check on Michael. They jump into a conversation about baseball, predicting who will make All-Stars this year.

As he gets up to leave, the principal says, “Hey, I’m going to string a baseball from the ceiling in the garage. You’ll need to come over to try it out.”