A Special Act of Courage

The black beads are for blood draws, yellow for hospital stays. Each physical therapy visit earns a rainbow bead. The square beads are for surgeries. Then there’s Thaddeus Young’s favorite bead – a glass giraffe – for a special act of courage.

Each glass bead is a mark on Thaddeus’ short timeline, one step toward health strung after another. There are hundreds of them and surely more to come.

Thaddeus was born with a critical heart defect. He had his first surgery when he was a day old. The second, four days later. The third, two weeks after that. The beads on his necklace chronicle the history of his treatments and triumphs. But they don’t tell the history of his seizures, strokes, kidney failure, respiratory failure and what doctors consider “end stage heart failure,” in which he remains.

“He will need a heart transplant one day,” said his mother, Margaret. “It’s just a question of time.” 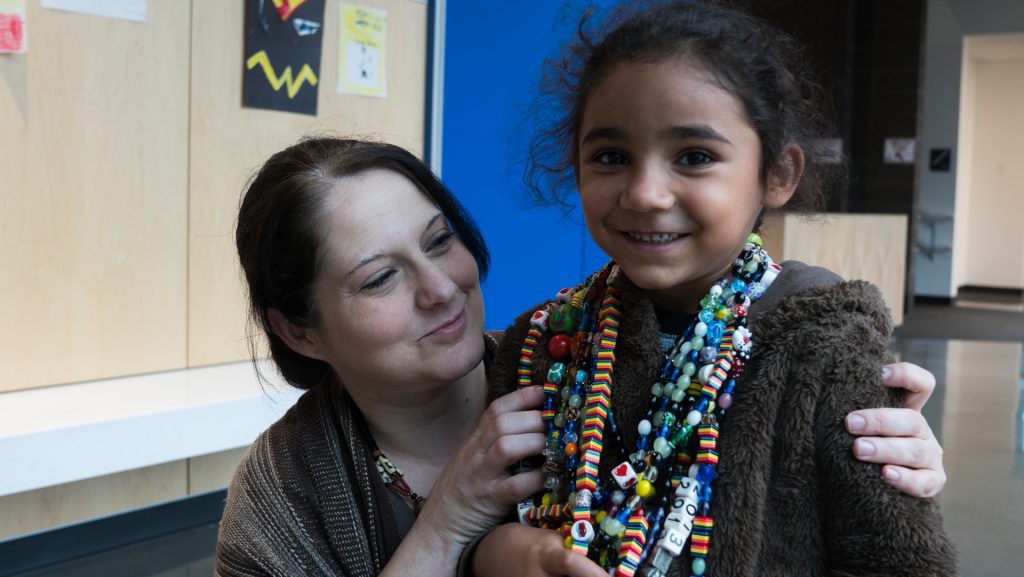 When Thaddeus was born, Margaret was told her son wouldn’t live until his first birthday. When he did, she was told he wouldn’t make it to the next, or the one after that. She and her husband didn’t expect Thaddeus to reach school age.

“About a year ago, we were waiting for his brother after school and Thaddeus said, ‘If I make it to be the number five, do I get to go to school?’” 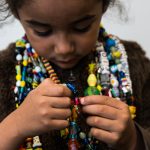 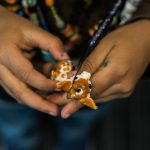 He made it. Thaddeus is now a kindergartner at Howard Elementary School in Eugene. He loves the playground slide. He teaches his baby sister new words. He idolizes his older brother. To an outside eye, he is like any other 5-year-old. Playful. Curious. Loving. It’s not until he lifts his shirt to his chin to reveal the scars across his abdomen that the full weight of his health is understood. The edges of his pacemaker protrude slightly against his skin. The marks testify to the qualities that separate him from most children his age. Resilience. Fortitude. Perseverance.

Thaddeus is antsy to get back to class. He nudges his mother and whispers something to her.

“Do you want me to walk you back?” Margaret asks her son. But before she can pack up his baby sister, he’s headed to his classroom.

“Guess he doesn’t need me for that,” she says, laughing. “He loves school. His brother struggles more with learning, but school comes so easily to Thaddeus.”

She watches him go, moving in his gentle, cautious way down the hallway until he disappears behind the door of his classroom.