The Promise of Oregon campaign focuses on the accomplishments of Oregon’s kindergarten-14 students and the need to adequately fund public education.

About The Promise of Oregon

The Oregon School Boards Association, a member services organization based in Salem, founded “The Promise of Oregon” campaign in 2014 to focus attention on the accomplishments of Oregon’s kindergarten-14 students and the need to adequately fund public education.

Through its photographs, videos and stories the campaign highlights the aspirations of students and demonstrates their incredible accomplishments and potential. The campaign also provides school board members and other education advocates with the tools to advocate for Oregon’s public schools, and joins other efforts, such as the Oregonians for Student Success and Oregon Rising campaigns, in advocating for public schools.

Oregonians have a long history of realizing the importance of strong public schools, and recognizing the link between an educated populace and a vital economy. Governors across the decades have emphasized public education as the foundation of our state.

After years of underfunding Oregon’s public schools, in 2019 the Legislature passed the historic Student Success Act. Through a new corporate tax, schools are expected to receive about $1 billion annually in funds designed to help move students ahead – particularly those from historically underserved communities.

As Oregon schools rebound from the pandemic, these SSA funds will becomes critical part of ensuring that Oregon students are graduating on tine and being prepared for college and careers.

Please join us in keeping “The Promise of Oregon.”

“The Promise of Oregon” Today

For the Native Americans who hunted and fished here and the pioneers who followed their dreams westward, Oregon has offered up a wealth of natural resources through the centuries. The state’s promise has varied in its definition over the years. Once it was seen as furs, or fish, or marketable timber. Plentiful grazing land. Rich, well-drained Jory soil.

The brave souls who packed their belongings into wagons and crossed the plains didn’t fill journals with their schooling plans – they saw their opportunity in the land. They remained preoccupied with weather, sickness, death, river crossings and the supply of grass and game. 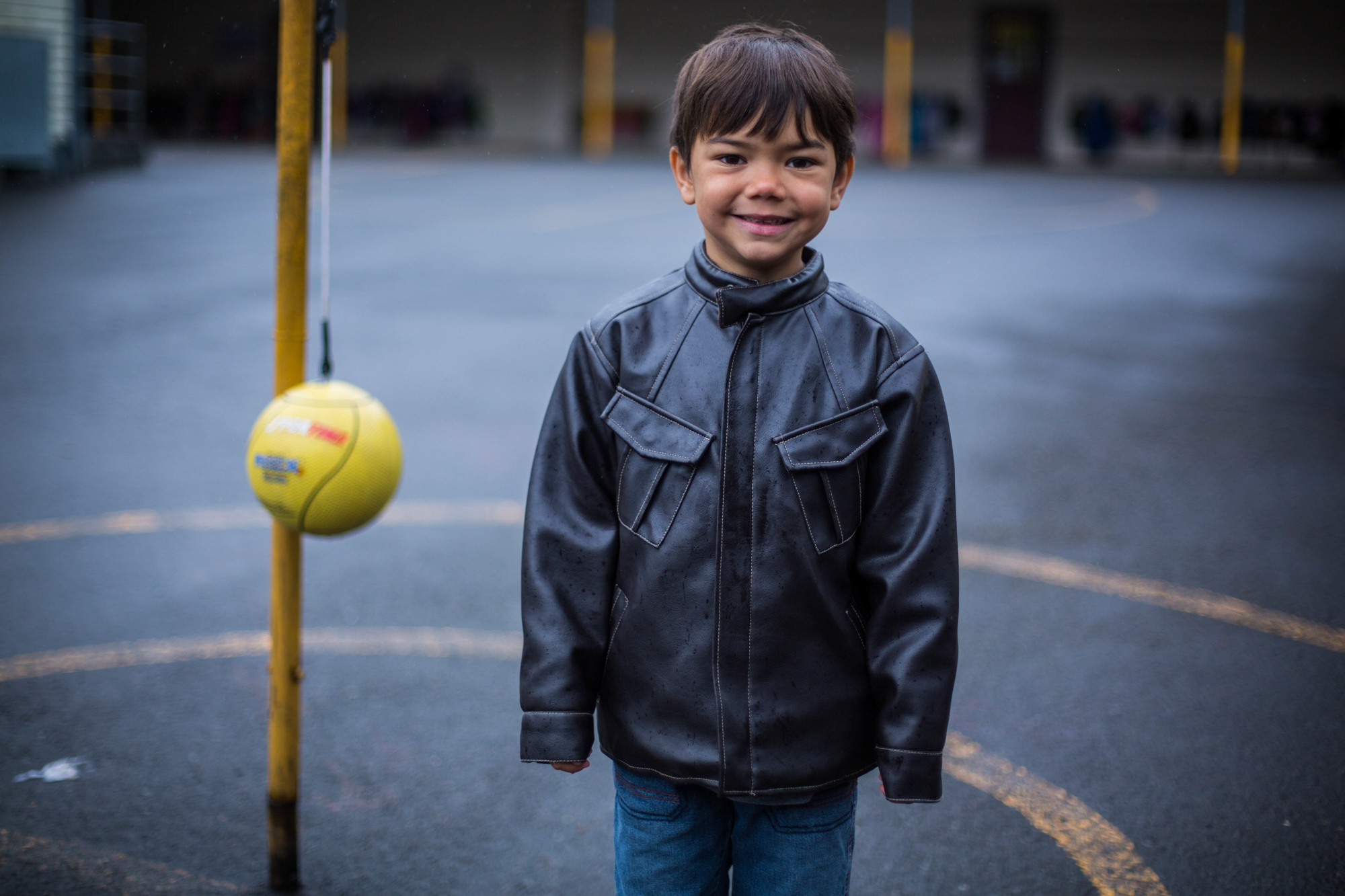 But as the settlers’ roots took hold, they began to recognize the need to educate this new crop of young Oregonians. The first school in the Pacific Northwest sprung up at Fort Vancouver, where teacher John Ball struggled to teach English to two dozen Native American and mixed-race boys more familiar with their own Cree, Nez Perce and other languages.

Mission schools sprouted, and Portland’s first school opened in 1847 in a log house at Front and Taylor streets. But the region still lacked a public-school system and the taxation authority to support it. Congress established the Oregon Territory in 1848, and its first appointed governor, Joseph Lane, included a plea for public schools in his inaugural address:

Your attention is invited to the importance of adopting a system of common schools and providing the means of putting them into operation…there is no reason to doubt that the rising generation of Oregon will proudly vie in respect to useful knowledge and moral culture with that of the older settled portions of our common country.

Over the decades, Oregon’s governors have similarly highlighted the importance of a thriving public-education system in ensuring the state’s economic success and the well-being of its citizens. 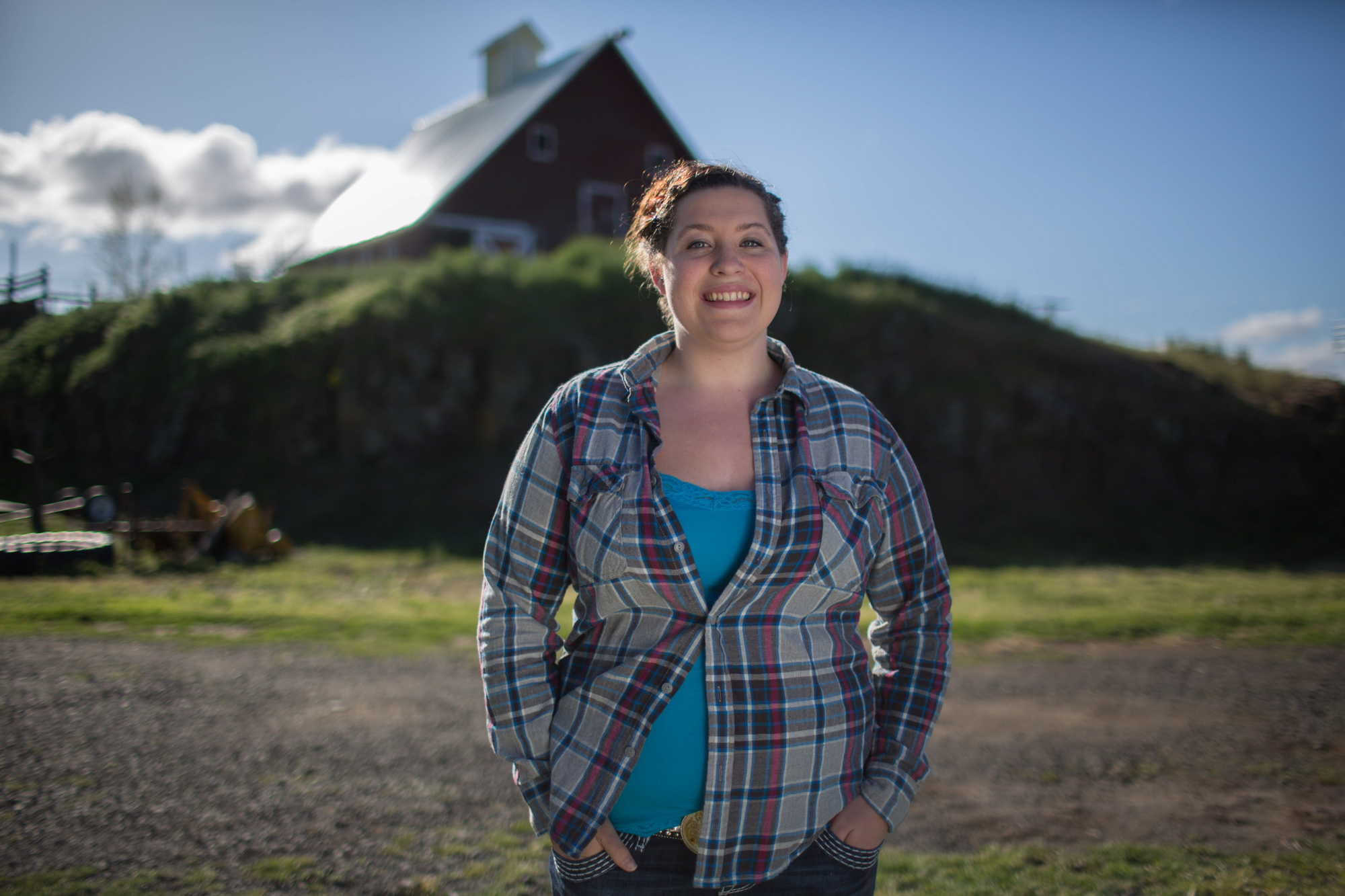 Most of us who are products of public schools can look back as mature adults and recall how chalkboards, mimeographs, typewriters and later computers contributed to our educational journey and prepared us for careers. Our success was the product of public investments made by our parents, and their parents as well. Effectively those adults recognized our potential, and blessed it with a promise to create a vibrant educational system harnessing our possibilities and transforming them to realities.

Today, as the next generation wields a battery of high-tech tools we never dreamed of – computers smaller than a human hand, digital textbooks that read aloud in multiple languages – it is our turn to invest in public education. The need is especially evident now, as Oregon has fallen behind other states in key areas.

Over the years, Oregon’s K-12 public schools have come to consume a significant part of the state budget that lawmakers craft in Salem every two years. But in the last decade, as the economy slowed and legislators sought areas to trim, education has received the brunt of the cuts.

In 2003-05, K-12 schools received nearly 45 percent of the state’s general fund and lottery dollars. Today, K-12 education receives about 40 percent of the state budget – a dip of about 5 percentage points over a decade’s time. That difference translates to hundreds of millions of dollars not being directed to our public schools.

Even more stark is the picture painted by the Quality Education Commission, a body tasked with examining best educational practices and estimating how much it would cost to create a model Oregon schooling system. In recent years, the commission has estimated that Oregon is spending about $2 billion less per biennium on public schools than it should.

Over the past decade, budget cuts to schools have produced some dire consequences. Teachers were laid off by the thousands, resulting in significantly higher class sizes. School days were cut from calendars. Oregon’s graduation rate dipped to among the lowest in the country.

As the foreboding numbers have mounted, parents, concerned citizens and school board members have pressed the state Legislature to reinvest in education. Business leaders joined the effort as well, reasserting that education investments pay big dividends by creating a highly trained and nimble workforce.

Oregon’s technology leaders have made it clear that they need that strong talent. As the state and world have gravitated from resource-based economies to ones relying on the value of finished goods and services, Oregon’s greatest natural resource has emerged in the form of our children.

They are “The Promise of Oregon.”

Recognizing the need, in 2013 and 2015 Oregon’s lawmakers increased the state’s investment in education for the first time in years. But in 2017, legislators adopted a budget that was about $200 million short of what K-12 schools needed to operate at then-current service levels. Furthermore, lawmakers were unable to agree on a path for comprehensive revenue reform, a concept that the Oregon School Boards Association (OSBA) strongly supported in the 2017 legislative session.

During the 2019 legislative session, OSBA took the lead with other education advocates around the state in pressing for comprehensive revenue reform and full, sustainable school funding. A separate campaign, known as “Oregonians for Student Success,” directly supported that effort and was built on momentum created by months of hearings conducted by the bipartisan Joint Interim Committee on Student Success.

Finally, in May 2019 the Student Success Act was passed and signed into law by Gov. Kate Brown. This historic investment of about $1 billion per year in new funding will reduce some class sizes and expand opportunities in early learning, social-emotional supports, career and technical education and much more. It represents the biggest investment in Oregon’s public schools in a generation.

As Oregon schools emerge from the pandemic and legislators continue to focus attention on assuring adequate school funding, hanging in the balance are more than a half-million students in grades kindergarten through 12.

Examined as individuals, they constitute remarkable examples of ingenuity, courage and perseverance.

To chronicle the aspirations of Oregon’s young people and build support for our public schools, a team from OSBA and Blue Chalk Media has visited schools around the state every year since 2014. We ask students to tell us why they represent “The Promise of Oregon.”

The resulting videos and photos can be seen on these web pages. We are also asking students and parents to join us by creating their own images and words.

Watch their faces. Listen to their voices. Ask your children, grandchildren and other students what they dream of and why they are “The Promise of Oregon.”

Then ask yourself this question: Am I going to keep my promise to them?

There is nothing which the interests of this State so much require as a thorough system of common schools. A finished education should be placed within reach of every child within its borders. There is not a good man or woman in the State who does not feel the obligation of this high duty.

The general diffusion of knowledge furnishes the best guarantee for the strength and stability of the State. Popular education is closely allied to popular liberty. No State can afford to neglect the educational interests of its children.

The public schools are truly the bulwark of our civilization, and, as such, merit our most hearty interest and support.

Civilization itself depends upon our public schools and higher institutions of learning. Next to the home our schools exert the greatest influence on the character of citizenship. From our schools have come the men and women who have left their footprints on the sands of time. Consequently, the most important business of the state is the training and education of our children.

Few services a government can provide are as important as education. Oregon traditionally has done an excellent job in this field. The number one problem in education is how to finance our programs.

Oregon has a long history of having one of the best public school systems in the country. It is a sad commentary that today we face a choice between having schools that are a monument to our past – or schools that will be the lifeblood of our future. But since that is our choice, let us resolve to choose wisely. Public education is a resource that is every bit as important to Oregon’s economy as our other resources, like our forests and our position on the Pacific Rim. That means we shortchange our schools at our peril – and our shame. Yet that is exactly where we’re heading.

…the importance of public education (is) to lift up our society to give people a pathway to economic security and a family wage job. Because if, as I believe, it is the promise of opportunity of upward mobility at the heart of the American dream, then clearly education is the vehicle through which that dream is most directly fulfilled in the 21st century.