“I joined Franklin’s Key Club, an organization of volunteers around the world,” Vy Nguyen begins. “I also joined Vietnamese Club — I am the president of that one — and Chinese Club, Red Cross, National Honor Society, Advanced Scholars Program and International Youth Leadership Council.”

Vy counts off her extracurricular activities at Franklin High School with her fingers, squinting through her glasses at the ceiling as she thinks.

“I feel like the clubs will help me gain more experiences, especially to practice speaking.”

Though the junior prefaces her conversation with an apology for her English, she is rarely at a loss for words. Seven years ago, when she was 10 years old, she emigrated from Vietnam with her family. She didn’t know English then, but years of English as a Second Language and English Language Development classes have improved Vy’s fluency.

“In my class, there’s a diversity of people from other countries, so it was very fun to learn about each other’s cultures and languages,” she says. 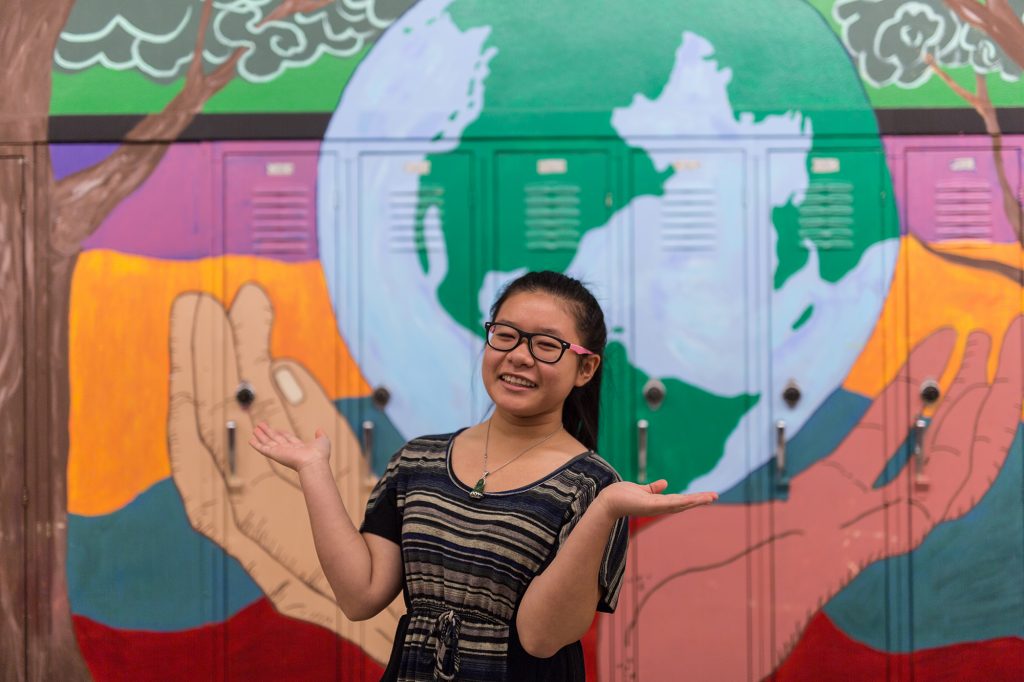 Vietnamese culture is important in Vy’s family. They speak Vietnamese at home, celebrate Vietnamese holidays and cook Vietnamese food. Although it’s important to Vy to immerse herself in all things American, no matter where she lives, she will honor and celebrate the culture of the country where she was born.

“Even though I live here and feel really into American culture, I still feel like I’m a very traditional Vietnamese person,” she says. “The culture and traditions of Vietnam are really strong in me.”

Simple differences stand out to Vy, such as the way people in Vietnam leave their doors open so neighbors can come by and say hello.

Respecting elders, celebrating holidays, practicing Buddhism and placing the highest importance on education are some of the values that guide Vy. Her parents’ expectations for academic success have motivated her to set her sights on a career in business administration one day.

“I’m lucky to have this tradition in my head,” Vy says. “It empowers me to live a better life and to make me feel the importance of education. I feel really lucky to have this school to allow me to have an education that will help me in my future career.”